In May 1975, Mom and Bob married in a beautiful church way out in the middle of nowhere, in Tallebudgera on the Gold Coast. In June, our new family moved to Mount Isa, in Queensland's North West. 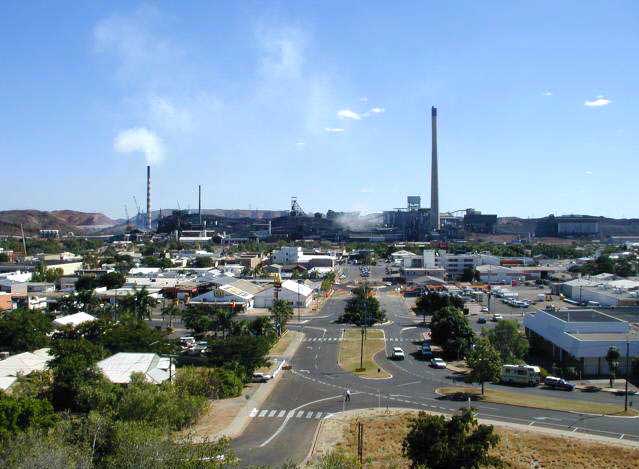 Moving to the suburb of Healy, I attended Healy State School from June '75 till April '78. In other words, half way through year 4 to half way through year 7. Our house in East Street, across from Turanga Shopping Center, was an old house with an air cooler who's vents were on the floor in each room. This made keeping cool easier in the 40+ Celsius temperatures, all we did, was lay down on the vents. Mom started doing leather work at this time. 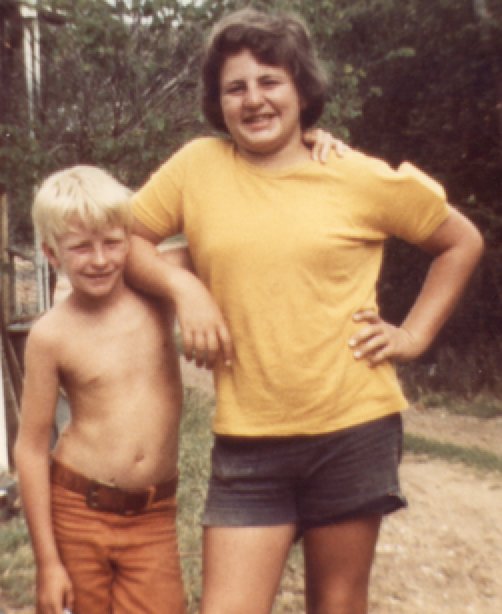 Mount Isa was very different from Brisbane in a lot of ways. But the difference I remember most, was that I found it extremely difficult to make friends up there. In Brisbane, I didn't know "hate" or "fight". In the Isa, I had to learn that fast, well, I had to learn that those who hate, like to fight. So, I had no friends in this town, except at mulberry season. We had a huge mulberry tree in our back yard, and when it blossomed fruit, I had friends come out of the woodwork. When the tree was bare, back to no friends. I believe it was this lack of friends which forced me to find things to do on my own. I would walk around the suburbs of Healy, Townview, Mornington and the town itself. I got to know the town layout very well. It was on one of these walks, that I met Dave. He and a couple of mates were pulling down branches on a large tree in his yard. I stopped and offered to help them out. Dave was a lot older than I was. He was living on his own. I don't believe he was ever married. Anyway, Dave and I became friends. I would go over to his place on the weekends and help him out with a few things. He would take me out motorbike riding out in the bush. He was one of my best friends.

We also discovered "The Gregory". A spring fed river, which never runs dry about 90K's south of Burktown. Mom, Bob, Tracey and I would go camping up there for 2 weeks at a time. While there, we were the only people in the universe.. Well, until the "weekend warriors" showed up! They took all the fun out of being isolated. When we were in the Isa, Whiskey was Whiskey. When we were camping, he was Hero. He would keep the camp place free from cattle, kangaroos & horses. Once, Whiskey had been kicked by a horse he was chasing, he spent the next 3 days in the river with the water up to his neck. The flowing water was massaging his shoulder where he had been kicked. It was funny to see our Hero, up to the neck in the river, dozing off because he had been in there for so long. He would start dozing off, his head would get closer and closer to the water, then his nose would submerge for a few seconds, there'd be a few bubbles, then Hero would wake up with a start. It was funny to say the least. He was our Hero.

In April of 1978, while we were camping at the Gregory River, we awoke to receive word that our house had burnt down the day before. The message had been relayed through the Royal Flying Doctor Service. We packed our belongings, as far as we knew, all we owned, was in that car, and headed back to town. When we arrived, we found out that Mount Isa Mines had a house for us to move into, with the fridge packed with food, had taken up a collection and were basically there to help in any way they could. We also had offers of help & donations from everyone we knew. It was very touching to Mom and Bob to see this. We lived in the Isa Mine provided house in Sulphide Street, Miles End for about 3 months. I attended Barkley Highway State School for this short time.

Mom and Bob bought a house in Gemini Street, Sunset towards the end of '78. I completed my junior schooling at Sunset Primary School. Even at this time, I was still finding it hard to make friends. I just couldn't get used to this town.

In 1978, I commenced schooling at Kalkadoon High School. In grade 8, I thought one of my teachers, Ms Ashburner, was just the cutest person on the face of the Earth. My hormones must have started to kick in about then! I met a small group of students and was finally able to make a few friends. Only a few though. Ray was my best friend here. Other friends included Hayley, Cheryl, Mark, Eddie, David, Christina and Carina. 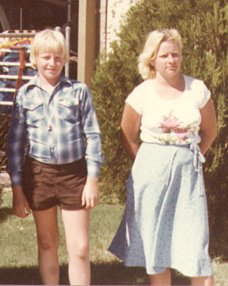 In 1984, I moved back to civilization

Back to the main page